What You Need to Know About PERC Solar Cells 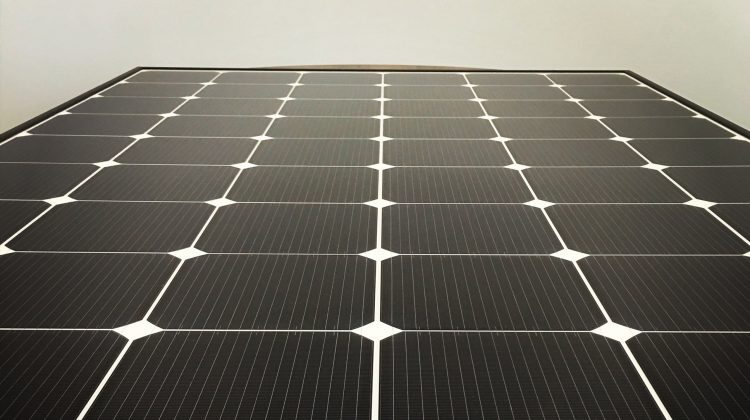 PERC solar modules are growing in the market, but what is PERC cell technology and what are its advantages?

A solar panel creates electricity when sunlight hits the solar cells, knocking electrons loose from the n-type layer as the p-type layer accepts them, creating an electric field.

A simplified cross-section of a silicon solar cell. Sunlight (orange) hits the solar cell and the light knocks electrons (blue) loose within the silicon material. Electrons that make their way to the electrical contact can then flow through an attached circuit, providing electrical energy.

The first type of losses come from inefficiencies with capturing sunlight; sunlight can be reflected by the solar cell itself, blocked by wires, or sometimes go all the way through the cell and turn into heat, reducing cell efficiency.

Another type of losses stem from the random motion of electrons knocked loose by the light; electrons may recombine with the silicon material on the front and back of the solar cell or sometimes miss going through the circuit.

Within a solar cell, some efficiency is lost when light is not converted to electrons, or the resulting electrons don’t make their way to the rear for contact. Researchers are constantly working to reduce these losses.

Luckily, some efficiency losses can be mitigated by technology. For example, adding a front passivation layer stops front-side recombination and prevents some reflection.

To prevent unwanted electron motion through the cell to the rear contact, you can add a back surface field layer or place all the wires on the back of the panel during production.

The tricky inefficiency to manage is the conversion of sunlight to heat in the rear of the panel and back-side recombination.

Most silicon modules have layers that help avoid losses; the front layer reduces reflection losses and also prevents electrons from being lost on the front edge. The rear back surface field repels electrons, reducing the number that make it to the rear contact.

PERC stands for “passivated emitter and rear contact” or “rear cell”. Solar panels built with PERC cells have an additional layer on the back of the traditional solar cells.

This additional layer allows more sunlight to be captured and turned into electricity, making PERC cells more efficient than traditional cells. PERC modules are also able to mitigate rear recombination and prevent longer wavelengths from becoming heat that would impair the cell’s performance.

PERC technology has been around since 1989, but commercial implementations ran into trouble from increased light-induced degradation. With steady improvements over the years, however, PERC modules now have an efficiency that is 1 percentage point higher than that of standard modules.

Like other high-efficiency modules, PERC modules can be used to maximize production on a limited roof area. If you’re installing on small roof areas or buildings that are partially shaded, PERC modules would be a good option.

Even if roof space is not a major concern, it may be possible to save installation time and costs by using higher efficiency PERC modules.

If a site takes 40 standard modules or 38 PERC modules to reach the desired annual production, you’re able to reduce the amount of racking, wiring, and MLPE devices needed to connect everything together.

PERC solar modules are structurally fairly similar to other silicon modules on the market, which is a distinct advantage for manufacturers. Even though there is some added cost to produce the new passivation and rear contact capping layers, panel producers are able to largely reuse existing production equipment.

Based on cost reports from NREL and PV Magazine, PERC modules cost about the same, per watt, to manufacture as traditional silicon panels. PERC modules may cost slightly more than traditional ones, but they have a slightly higher efficiency and power rating.

PERC modules are becoming increasingly popular and may dominate market share in the coming years.